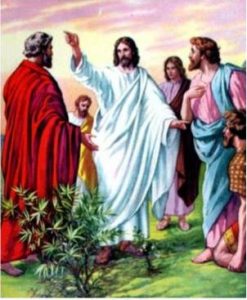 Jesus calls each one of us to be His witness in the world in which we live.

Just like Jesus, Stephen forgave his enemies before expiring. Then he fell to his knees and cried out in a loud voice, “Lord, do not hold this sin against them. On the cross Jesus said, “Father forgive them, they do not know what they are doing.” (Lk23:34)

They persuaded some men to make the charge that they heard him speaking blasphemies against Moses and God, and in this way they incited the people, the elders and the scribes. (Acts6:7) Jesus was also accused of blasphemy, falsely accused, without a fair trial and the crowd was incited against Him.

Stephen, the first martyr witnessed to Jesus Christ with his words, actions and ultimately with his life. We know that the word martyr means witness. A witness has seen, heard and knows something. We are called to know the Catholic faith that we profess. We are called to live the Catholic faith with our thoughts, words and actions. Purely on our own, it’s not possible. How did Stephen manage to be a witness for Christ? The key words are that Stephen was filled with the Holy Spirit. We have the power of the same Spirit, especially received at our Baptism and Confirmation. We call upon

the Holy Spirit to be the witness for Christ that will lead others to Him. Why is this so important? We read in today’s second reading from the Book of Revelation:

Behold, I am coming soon. I bring with me the recompense I will give to each according to his deeds. We too hope to share in the heavenly vision that Stephen saw… Jesus’s words in today’s gospel: I wish that where I am they also may be with me, that they may see my glory that you gave me… May the Risen Christ bless us always! Deacon Mike